Is the latest Aeron Image 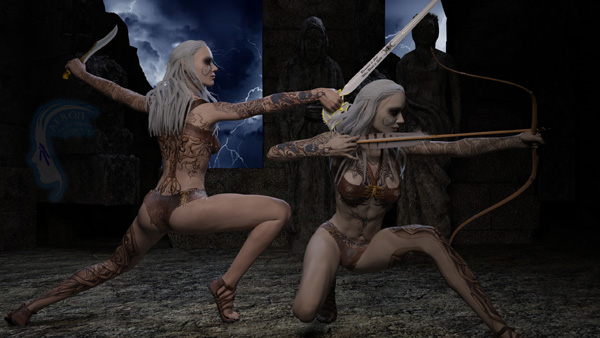 The Preacher, is what I am known as,
Although I rarely preach of the Great One.
I am a master of arms, subtle and harrowing,
Many a bloody, tireless battle I have won.

My reputation strikes fear into the infidel,
As they know of my savage battle skill.
Occasionally I will show them some mercy;
Mercy in the sense of a swift kill.

My elders, our fathers, the Prayer,
Are even more vicious in any fight.
Their intentions are for the larger prey,
Like the Sloth flying amongst the candle light.

Yes, we live a barbarous life,
Yet at times we are a serene choir.
But a warning must be heeded;
When angered we have the rage of fire.