Is the latest Aeron-2019 Image 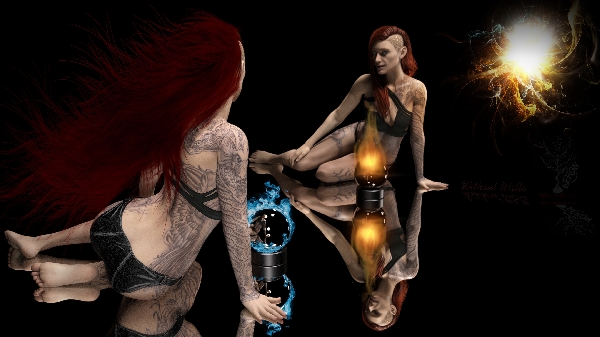 Time has come to give the Queen of the Silver Branch a Face lift. There is no denying that Aeron is a force to be reckoned with. She is Bandroi trained, a master of the sword and many other weapons..

If I died in your arms,
Where would you lay me?
If I needed to be helped,
Would you come and save me?
All these questions that could be asked,
The answers, I need never know.
For they are locked away,
Only you know how high the roses will grow.

The colour of our roses,
Bloom in burgundy and blue,
Thorns of hatred are blunt;
Isn't this the way we grew?
A fragrance beyond all encounters,
Deep colours like blood flow,
Into our hearts, deepening this love;
Only you know, how high the roses will grow.