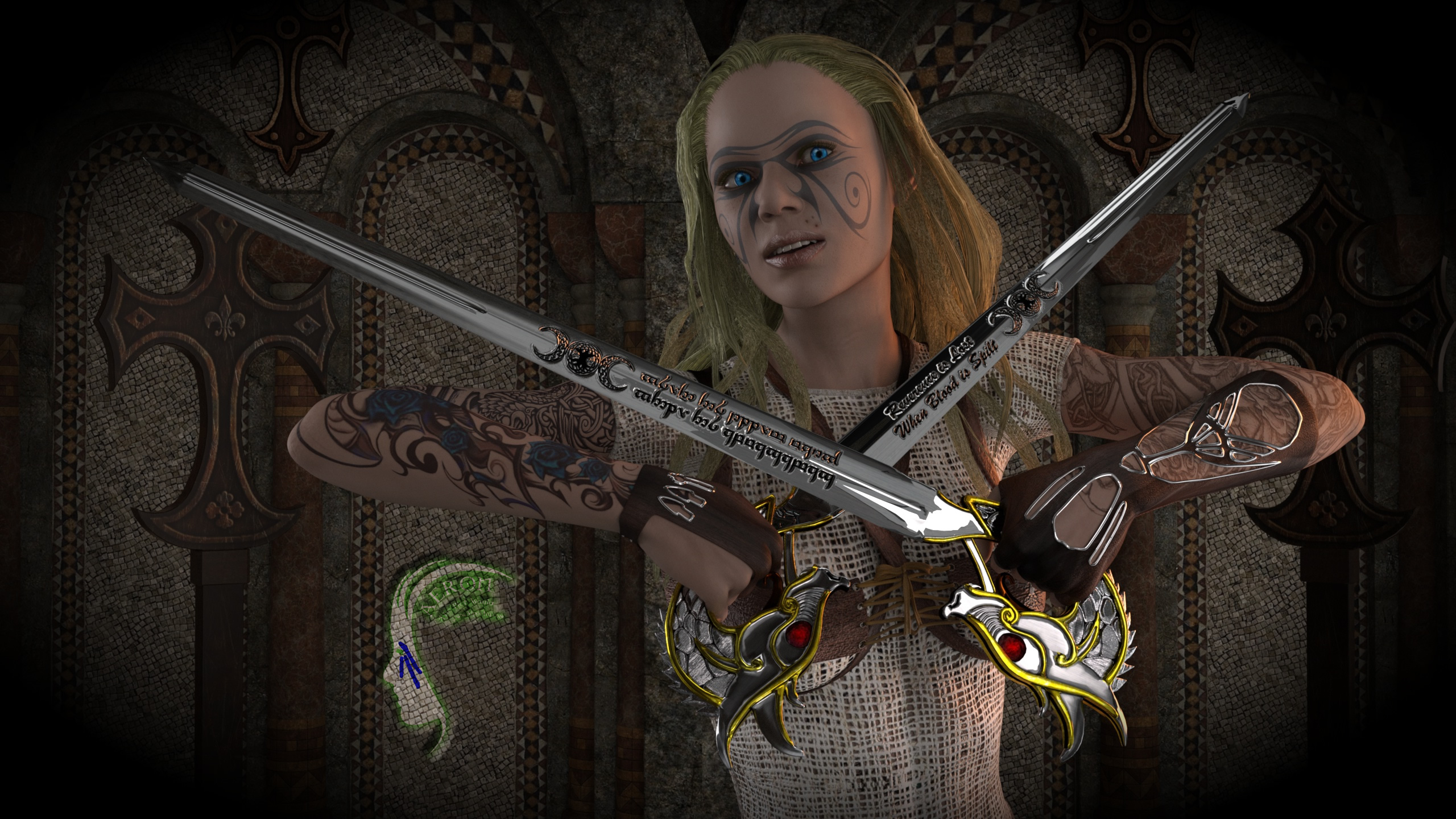 These swords took ages to create. Amazing amount of detail, not easy getting the mats to work together though.