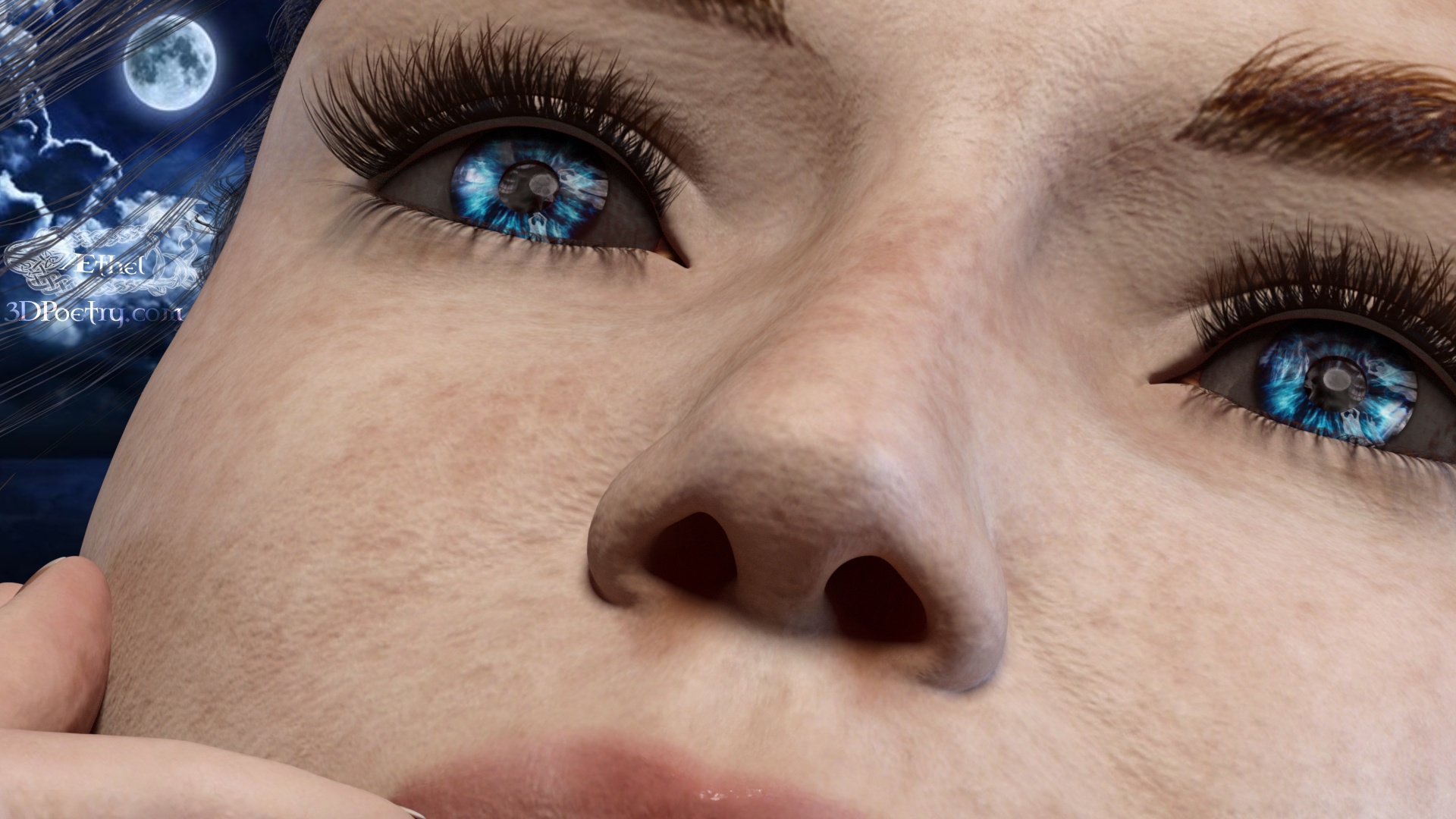 It all started with the eyes. Dreamwalker from the Sword of truth series, I used to read and primitively try to recreate in the early days of 3d poetry.