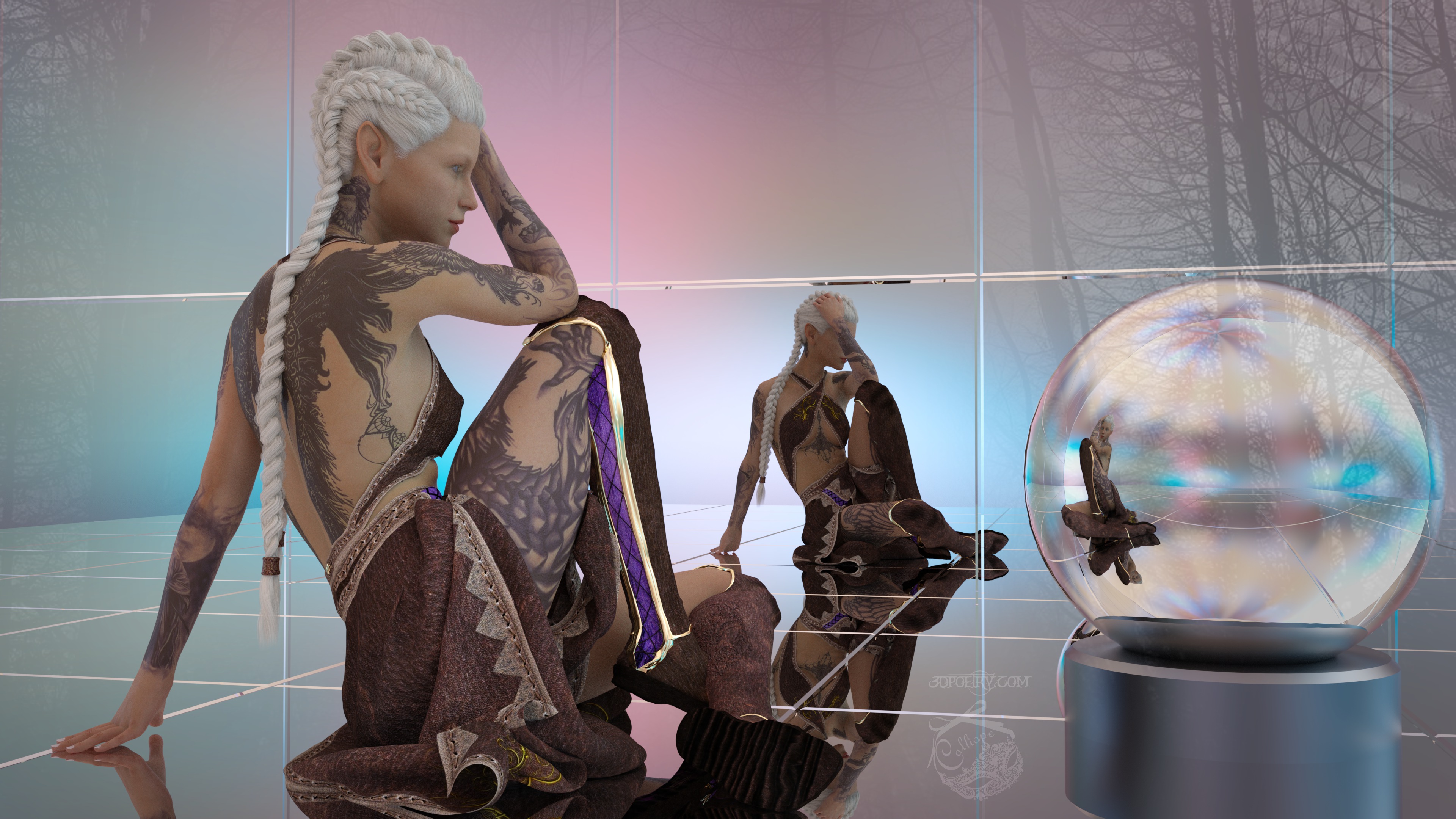 Calliope openly admits she has a fascination with reflections, but then again, isnt this what Muses do.