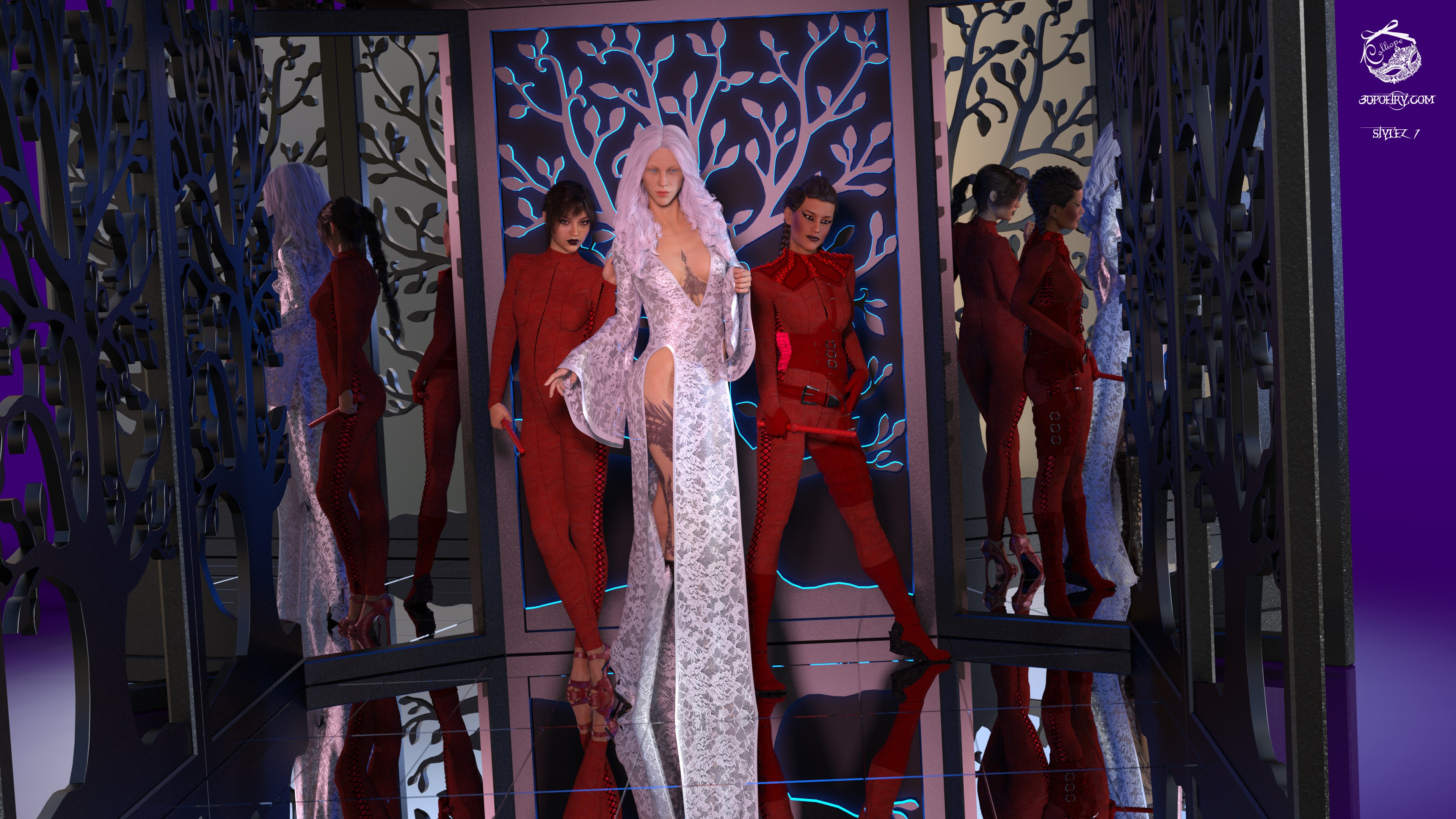 My Mord Sith outfit got accepted by renderosity and is mow available in the market place. So of course Calliope had to buy some new outfits and try them on.