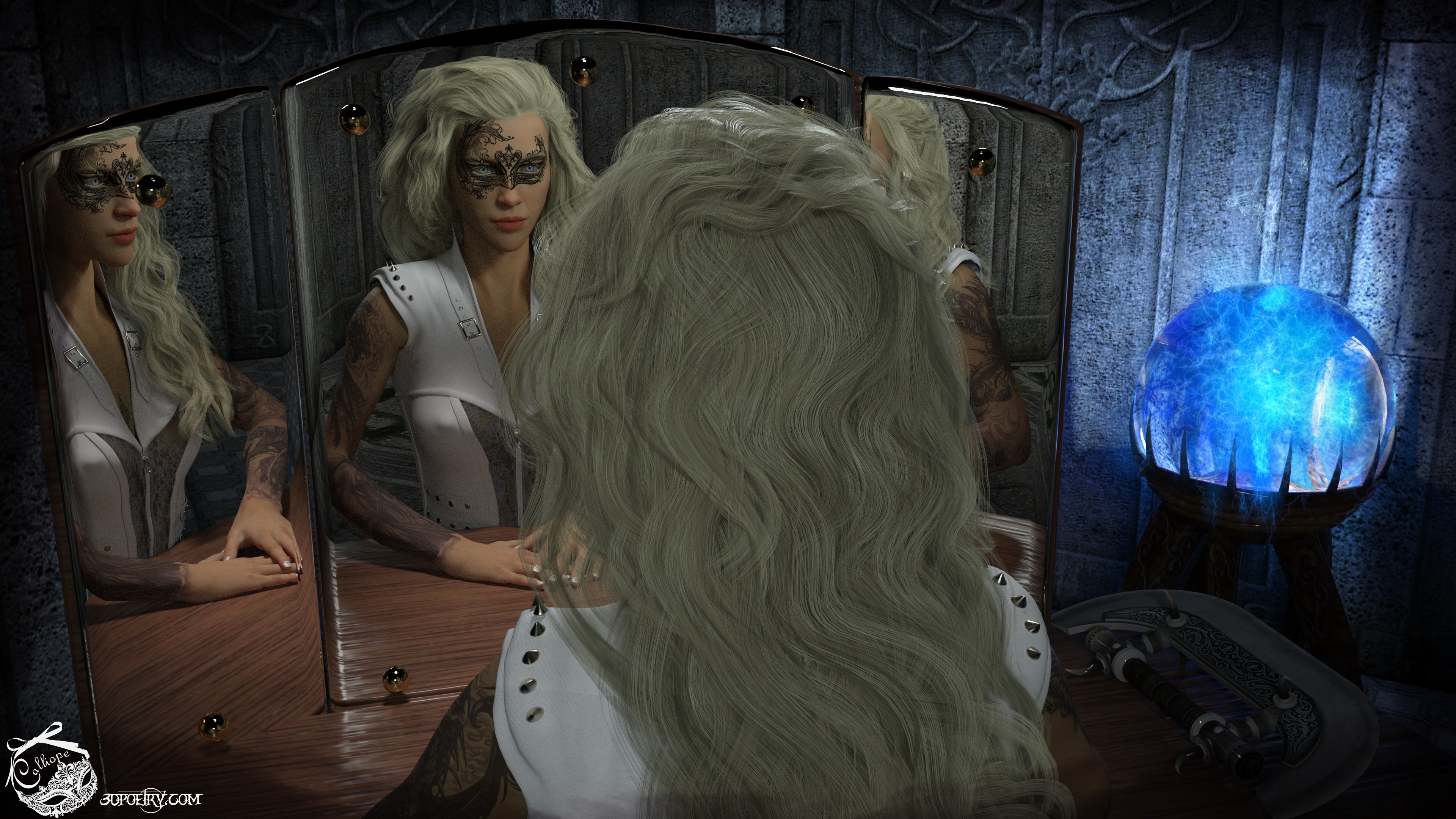 Calliope has decided what to wear on her adventures as a muse, or assassin. Let the night decide.