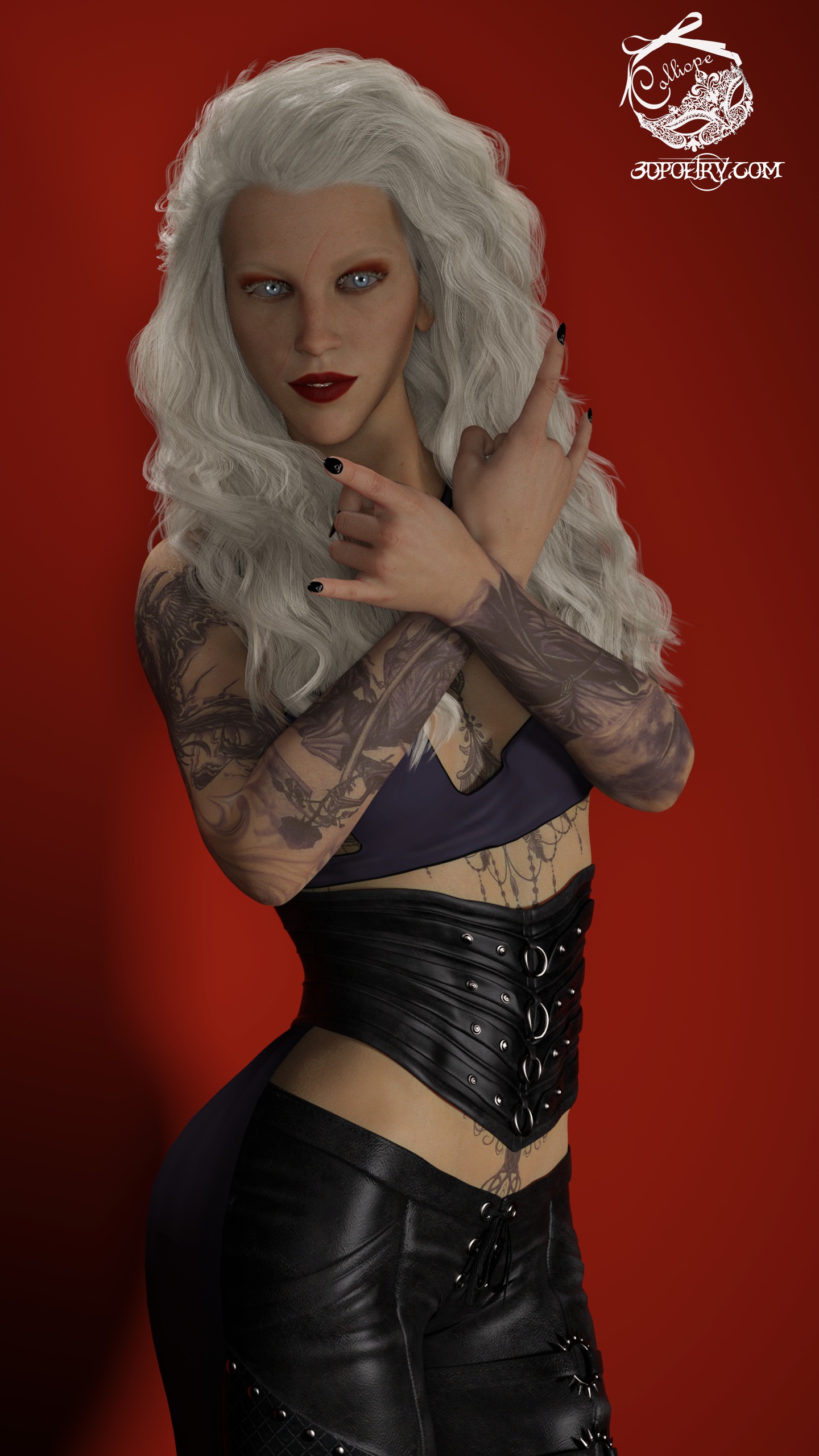 Having a win with the lighting. Calliope is off to a concert, hence the Devils Horns.