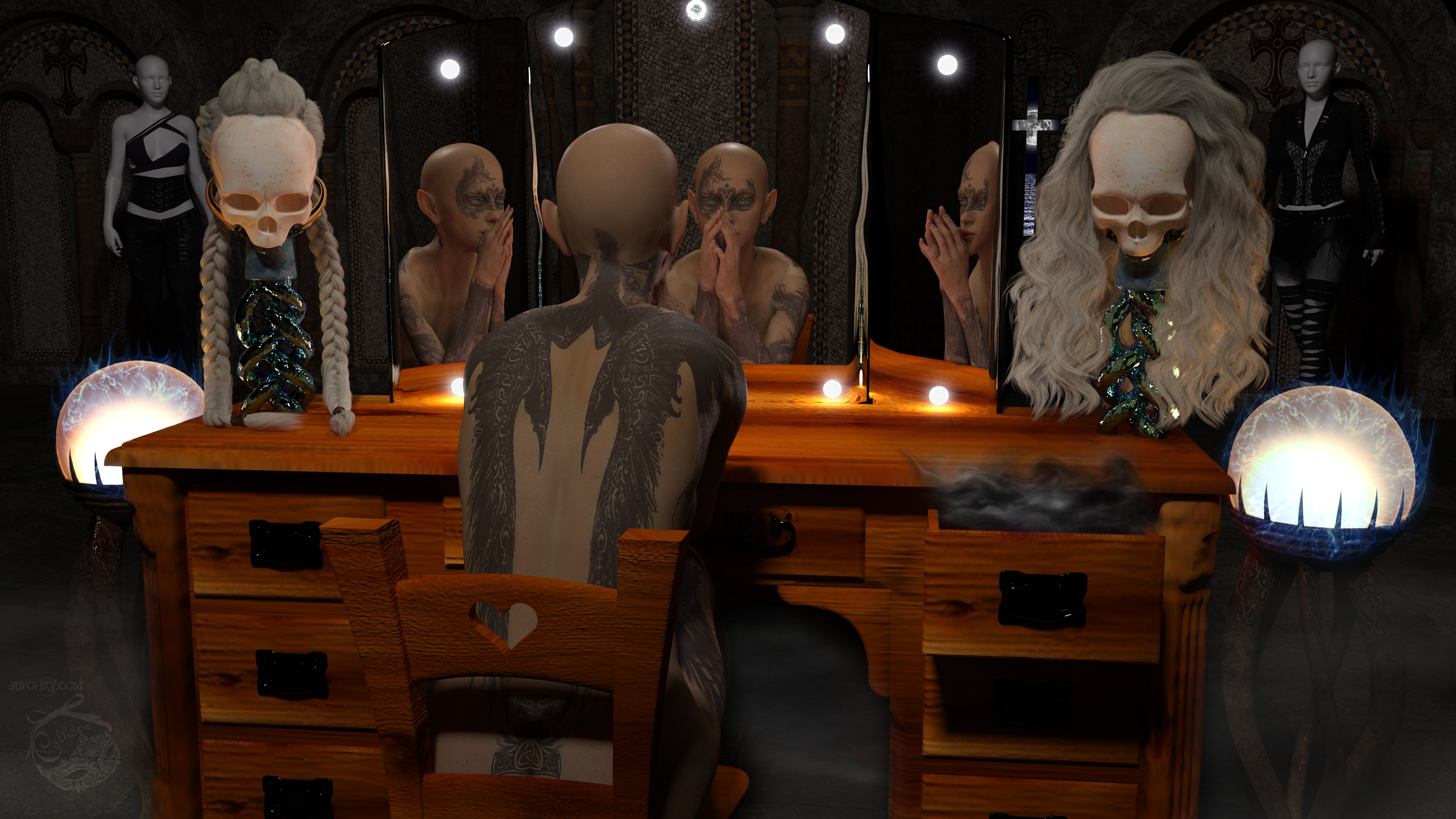 Dresser call for Calliope ... Deep in thought, deciding how to appear, and how to influence which art form.