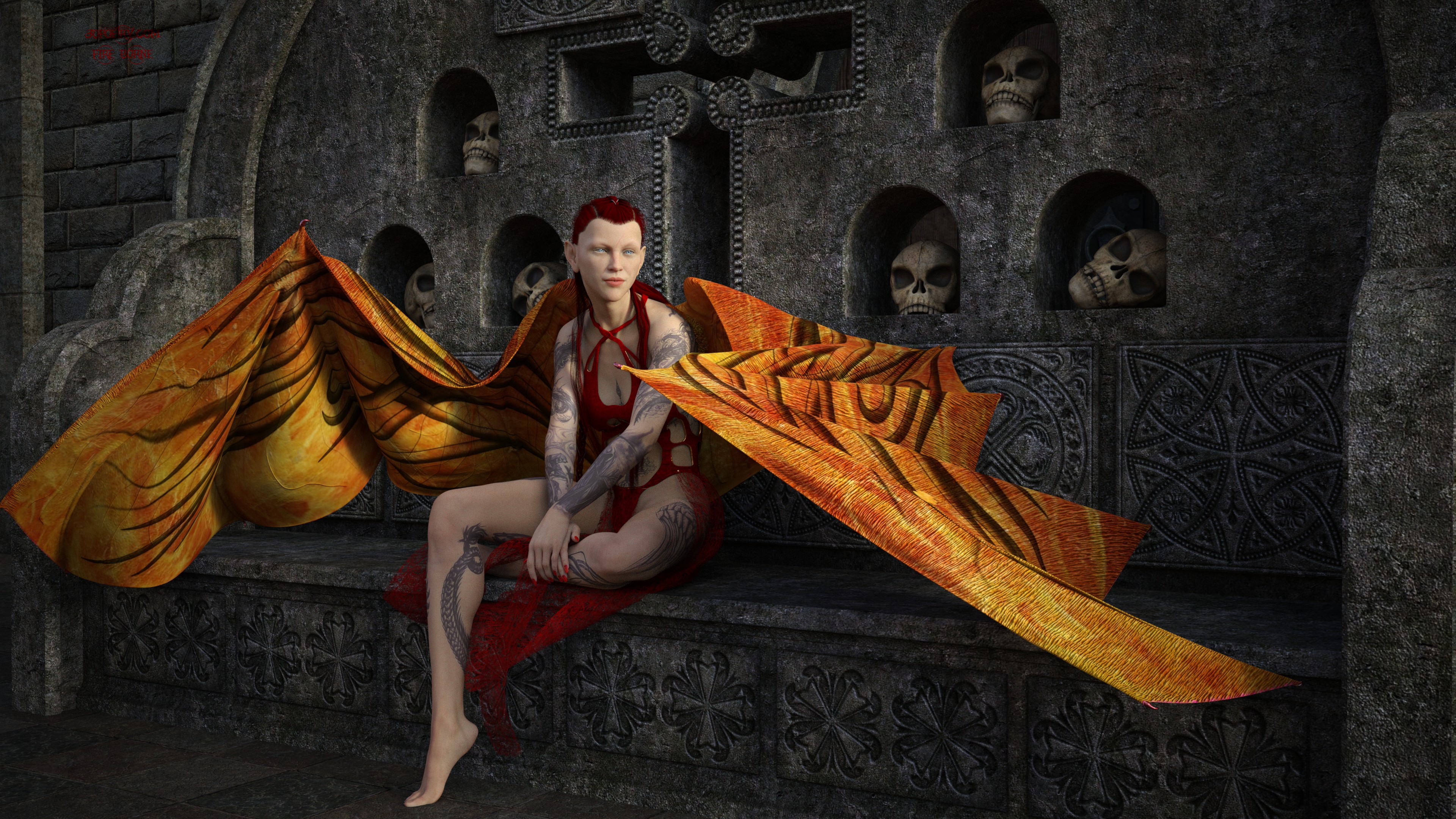 Experimenting with the dynamics on the Z Dress and the Z wings. Calliope does love to play