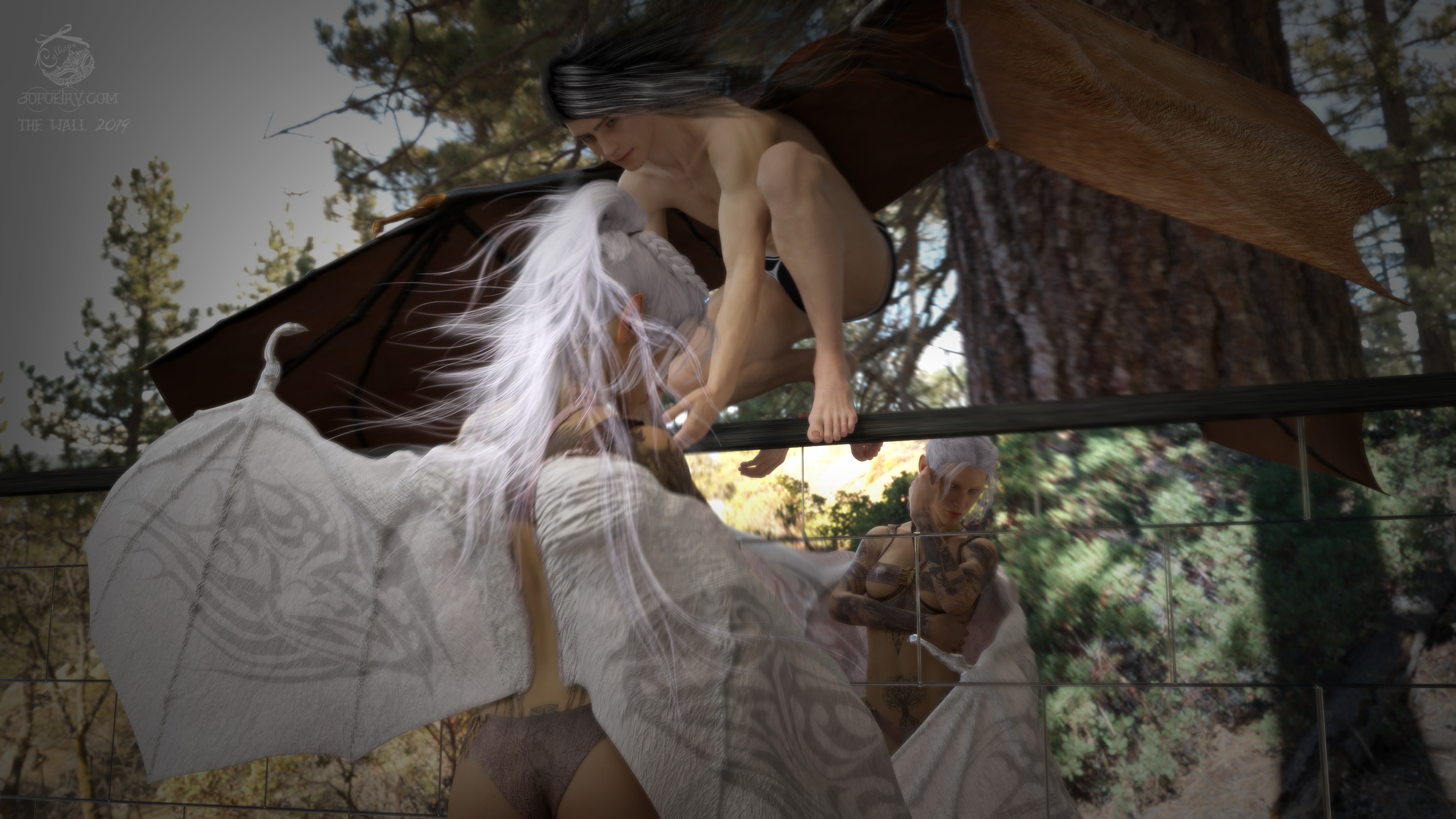 We all have walls to encounter, and we all have means to over come them. This is a WIP for Calliopes Wings.