Is the latest Cora-Venix Image 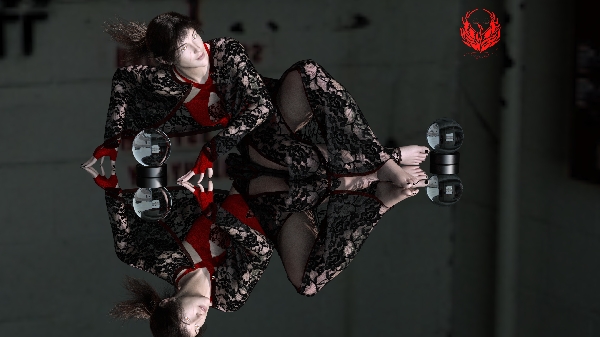 These images are of Cora Venix, a tattooed feline with the temper of her tattoos comprising of the Crow and phoenix.

Cora Venix Outfit with Tunic B

Cora Venix Outfit with Tunic A

Once again, the Traveller sets out on his endeavours. Tripping back in time, to walk amongst his ancestors; the Ancient Ones.
As he has done thousands of times before, the Traveller leaves Garden under the Tenders control. The Tenders are the Travellers companions, when he is in Garden; Garden's armed force and doctorate when he is not.

Although the Traveller only Trips for a short period of time, he is sometimes away for ages. Thus, the infidels, invaders, and plain old foe of nature are tempted to enter Garden's domain.

But never fear, all will be restored. The dead will live through their young. The conceived will be born. The invaders will be banished.

Yes, the balance of life will be returned.

Is it not obvious that I am he? The God of gods Apostle. The Wanderer. Yes, I am he. The Traveller