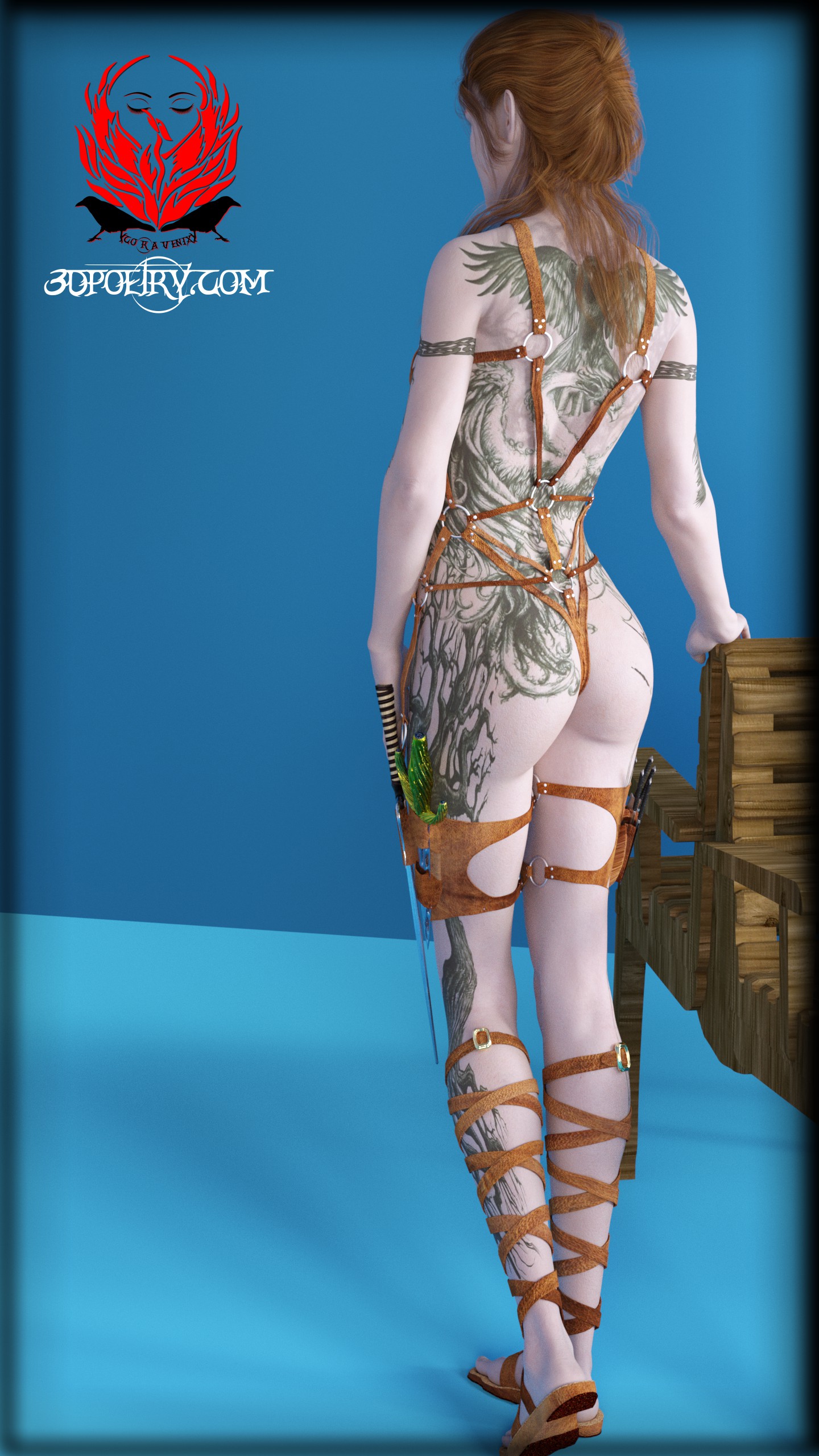 Hi Folks, I have been busier than a one legged man in an ass kicking competition. Many thanks to my wife, Cora has a new outfit. Currently displaying a rough material set, view from the back