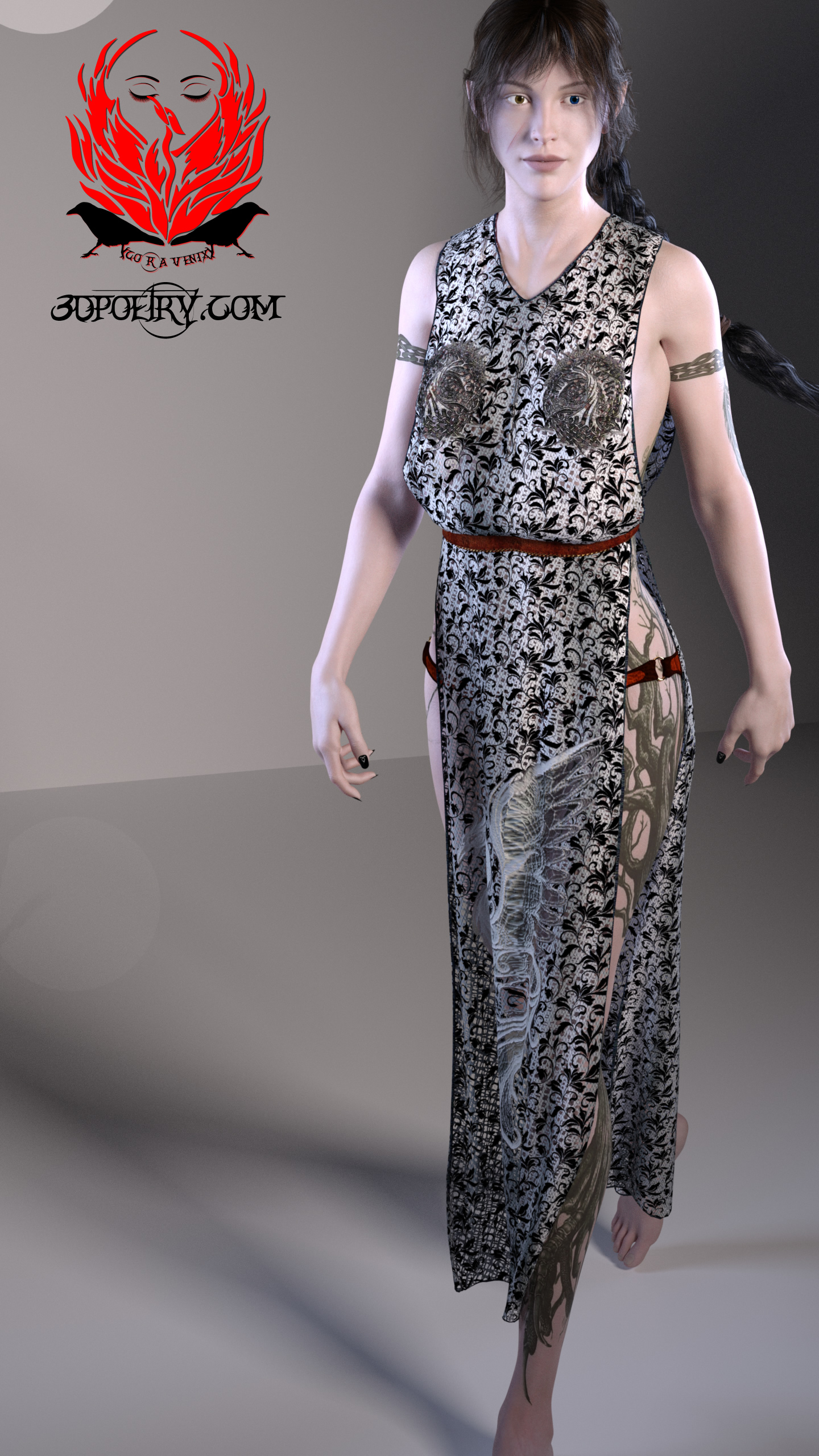 Been working flat out on Cora Venix's new outfits. This is a test render at 50 percent. Not bad for a beginner