Is the latest Morrigan Image 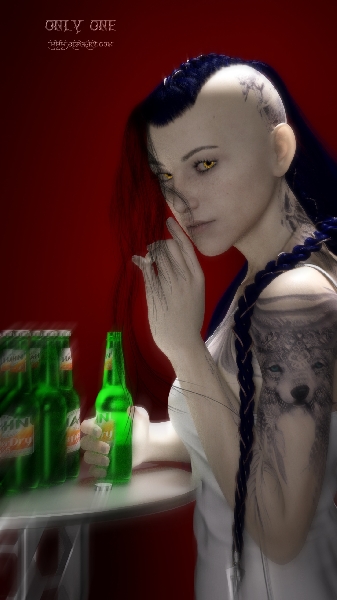 The name Morrigan means 'phantom queen' (or 'great queen') and describes a Goddess from old Ireland that was very associated with war, destiny, fate and death. She was a shape-shifter and frequently appeared as a black crow, an ominous sign for those who saw her prior to battle.

All about the Entrance

The Pen and the Sword.

Morrigan Come to Me

We are the "All Ferocious of the Fierce,"
Warmongers, strategists, destroyers of evil.
Known only as the Niknogard,
Seen only in the guise of a humble weevil.

The Dihpa are seen as a succulent dessert,
Believe you me, we all have a sweet tooth.
Our motto, for the Royal Tenders Guard,
Is, "Destroy all evil, uphold honour and truth."

To hear the battle cry of the Niknogard,
Will deliver a blow to the heart;
To the good, 'tis the blow of uplifting;
To evil, 'tis the sound of Death's Cart.

"Destroy all evil, uphold honour and truth,
Sever the roots, burn it's liars,
Uproot all evil, and as for proof,
We will behead, Nothing's Squires."