Morrigan Come to Me 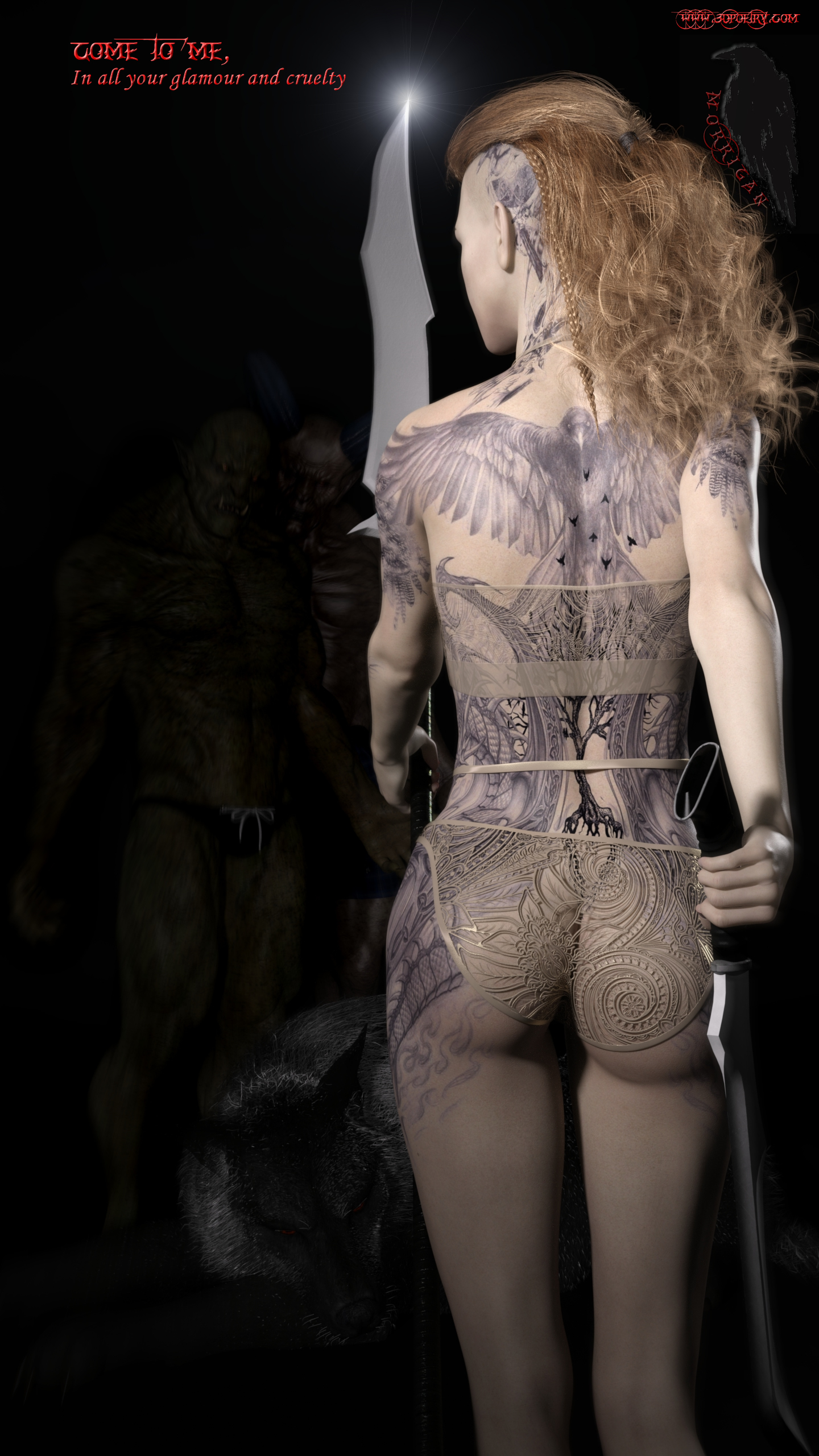 Come to me, in all your glamour and cruelty. Lines from Lady Gaga Artpop. Breaking it down to an amazonian warrior confronting the black dog, demons, and the darkness.