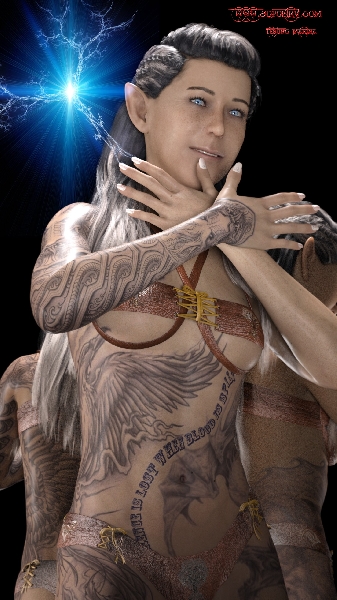 A random collection of 3D Poetry's images that they have created for fantasy based backgrounds, wallpapers, and home screens.

If Only to Know

Bat out of Hell 2

Bat out of Hell 1

I am writing to you once again, hoping that you are taking care of yourself, and my companions. By now, most would have introduced themselves. At the same time, a lot might not have. Take for instance, the Cogil, who resemble the Ancient Fairy. They need to be encouraged by their own kind.

These shy Tenders are hardly ever seen. But I know within myself, that these beautiful Tenders actually exist.

The Great One, very rarely shows himself openly, but, it is very easy to talk to him. By merely talking to Emalf, or one of the Dribydal, or any of the Great One's friends, it will end up, that you were actually talking to him. As Emalf is the closest to the Only One, messages are conveyed quicker.

Each member of the Tender's Company has their own different dialect. Strange as it is, what you think they are saying, is in fact exactly what they are trying to tell you. It's just that you have been too ignorant, to listen to these thoughts before.

That's right!!! I remember now why I was writing to you.

My trip, is going to be longer than planned. I bumped into an old ancestor. Nathaniel Sirrah-Arkey M. Now, that is old. Anyway, all I ask of you, is if you can keep an eye on Garden's well being for me? Thanks.

Until we meet again, the Wanderer.