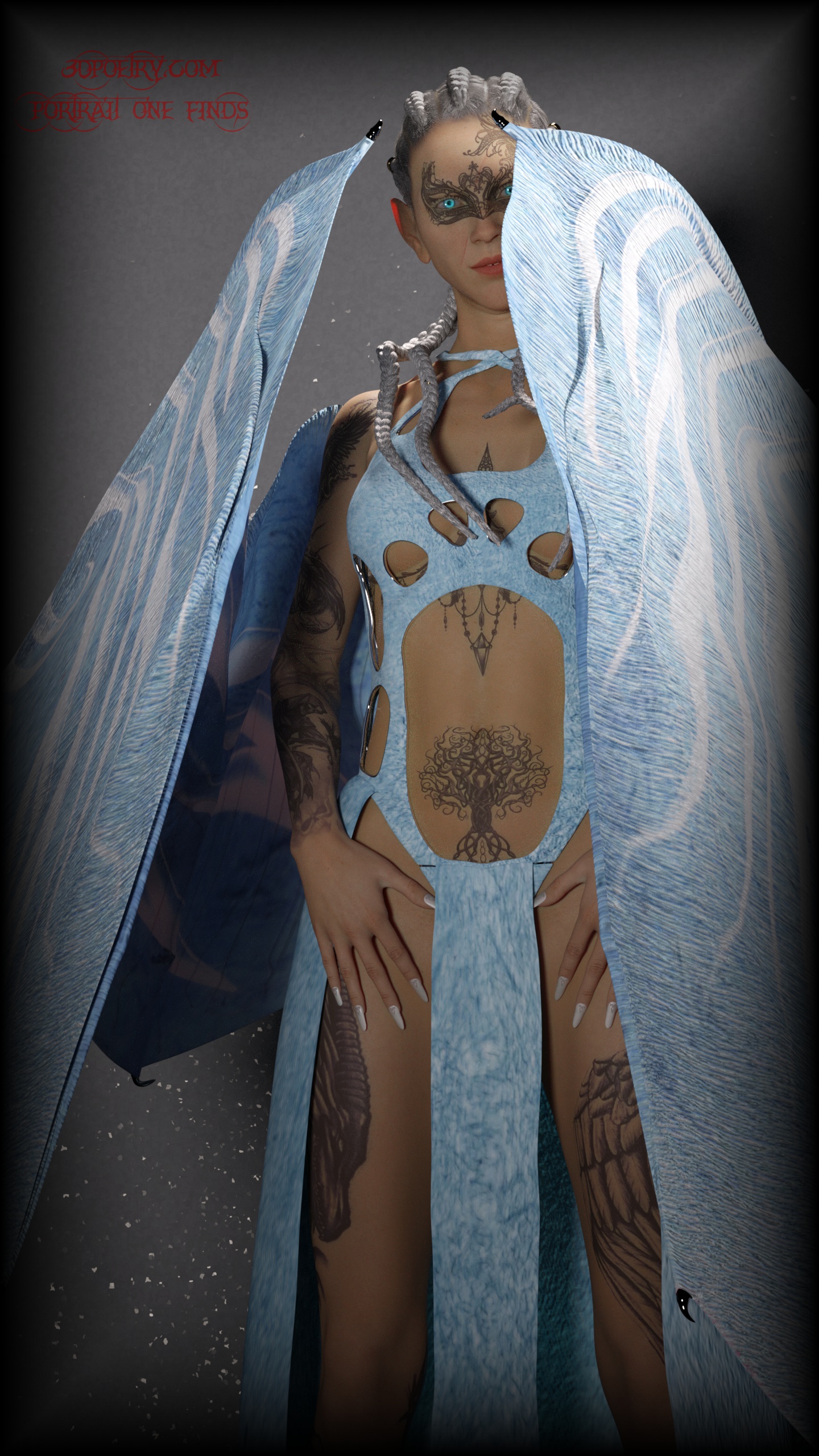 Hi all, works in progress, fine tuning the dress and wings. Hope this finds all well.