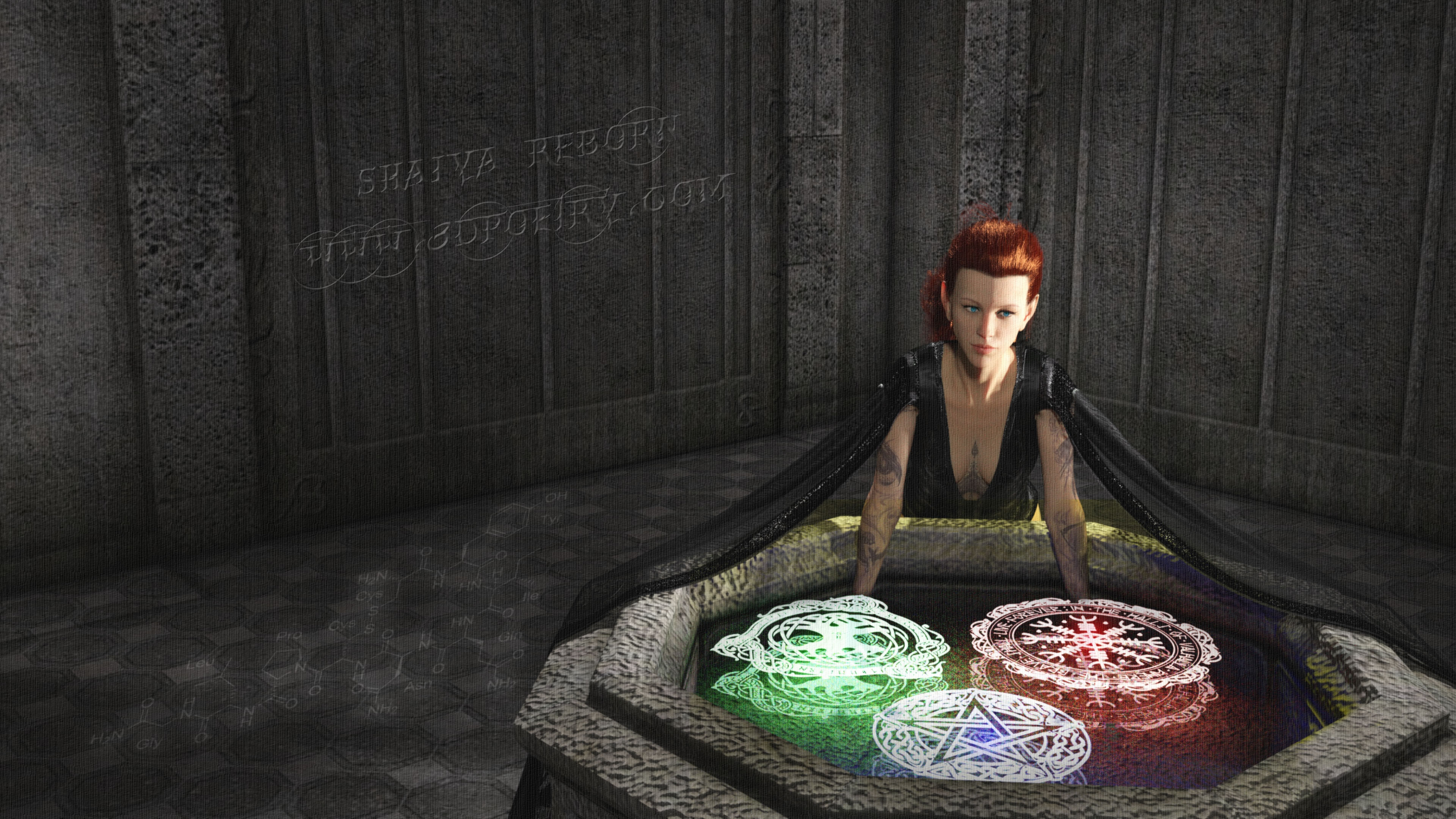 By far one of the hardest renders I've ever done. Took forever to render, so I decided to short cut it since I'm off to work. I had to diffuse, then added a canvas effect to make it half decent, will try again when I get back. Anyway the image incorporates all the great symbols and faiths, The Norse Helm of Awe ---- Mental, Spiritual, and physical protection, The Celtic Tree of Life --- Pretty self explanatory, The Pagan (Wicca) Pentacle --- the five elements, Aether (Spirit), Earth, Air, Fire, and Water. The oxytocin chemical compound ---- without love we would all be long gone. There are many more faiths yet most doctrines stem from these. Enjoy Life. Thanks for Looking