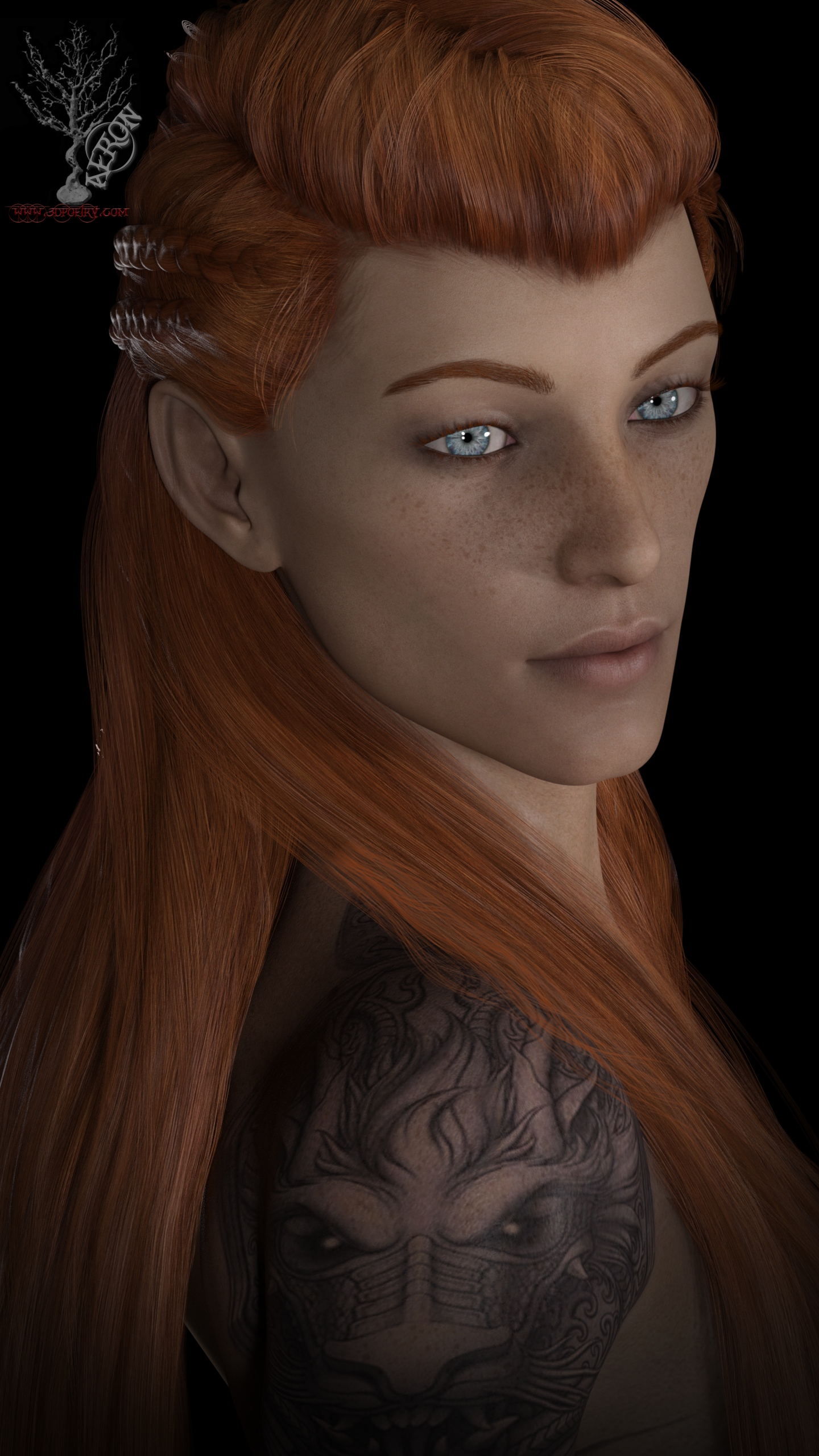 Working on a new character, no post work done, except softening the edges of the close up and a tuft of hair to cover up the break through on the shoulder, otherwise straight out of the render.