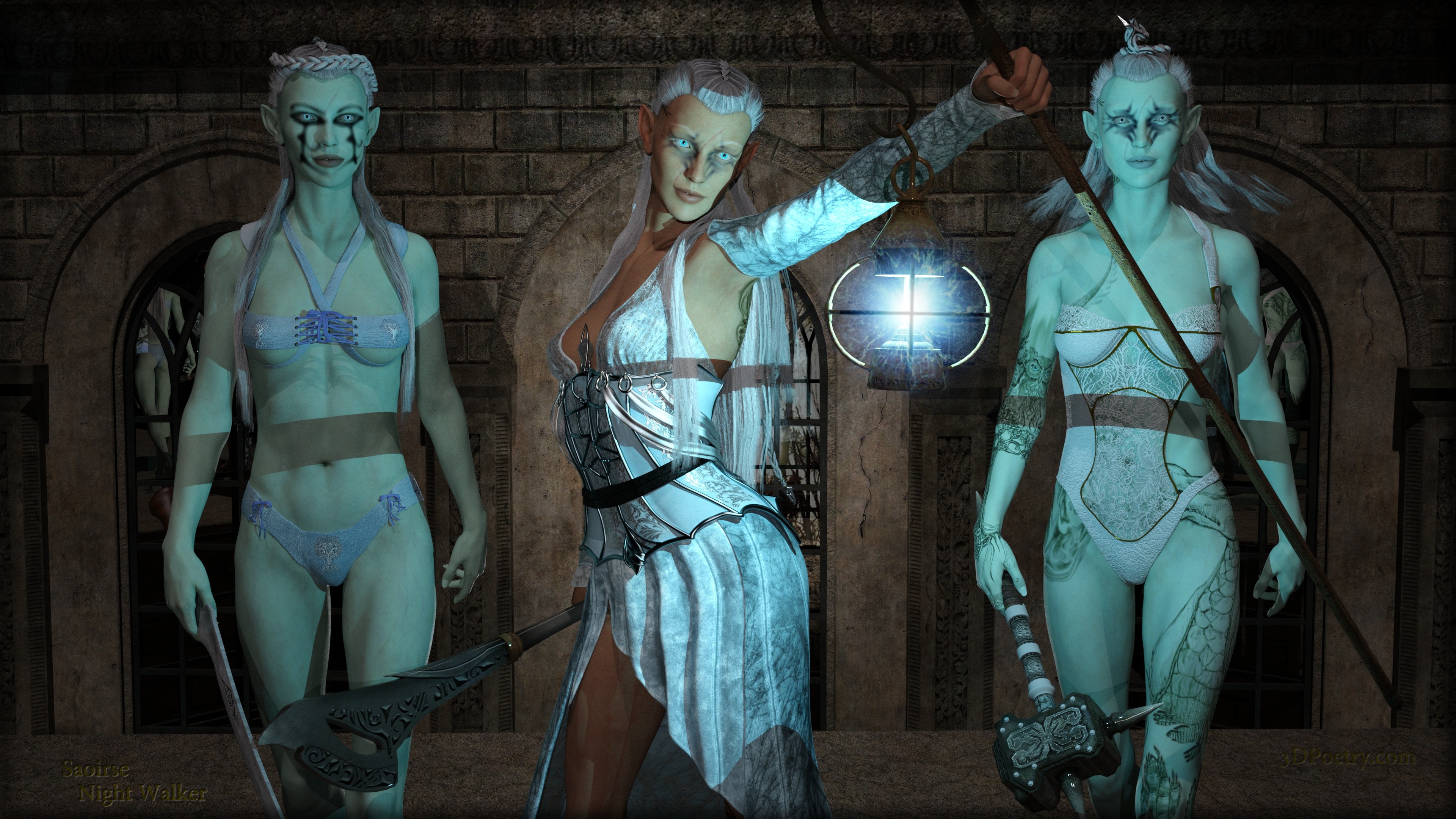 Working on some skins for Saoirse. Trying to match it all together for the make ups and tribals. Sort of working. The hair is finally done. Yeah hah.