Is the latest Skulls Image 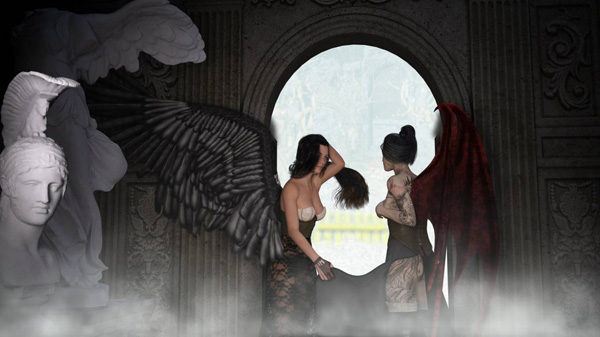 In the Hierarchy of the Garden,
We the Seeb are one of the top.
Having the dual role of midwives,
Plus keeping guard on the new crop.

We work on a seasonal basis,
Whether the Traveller is here or not.
We actually assist in the fertilising,
In a carefree seasonal trot.

We are truly rewarded well,
For the special skills we use,
Either preparing the fertility ritual,
Or just giving the enemy the blues.

When the season is out,
We return home with our treasure.
The Traveller often pays a visit,
Joining in the Feast of Pleasure.

We are the "All Ferocious of the Fierce,"
Warmongers, strategists, destroyers of evil.
Known only as the Niknogard,
Seen only in the guise of a humble weevil.

The Dihpa are seen as a succulent dessert,
Believe you me, we all have a sweet tooth.
Our motto, for the Royal Tenders Guard,
Is, "Destroy all evil, uphold honour and truth."

To hear the battle cry of the Niknogard,
Will deliver a blow to the heart;
To the good, 'tis the blow of uplifting;
To evil, 'tis the sound of Death's Cart.

"Destroy all evil, uphold honour and truth,
Sever the roots, burn it's liars,
Uproot all evil, and as for proof,
We will behead, Nothing's Squires."