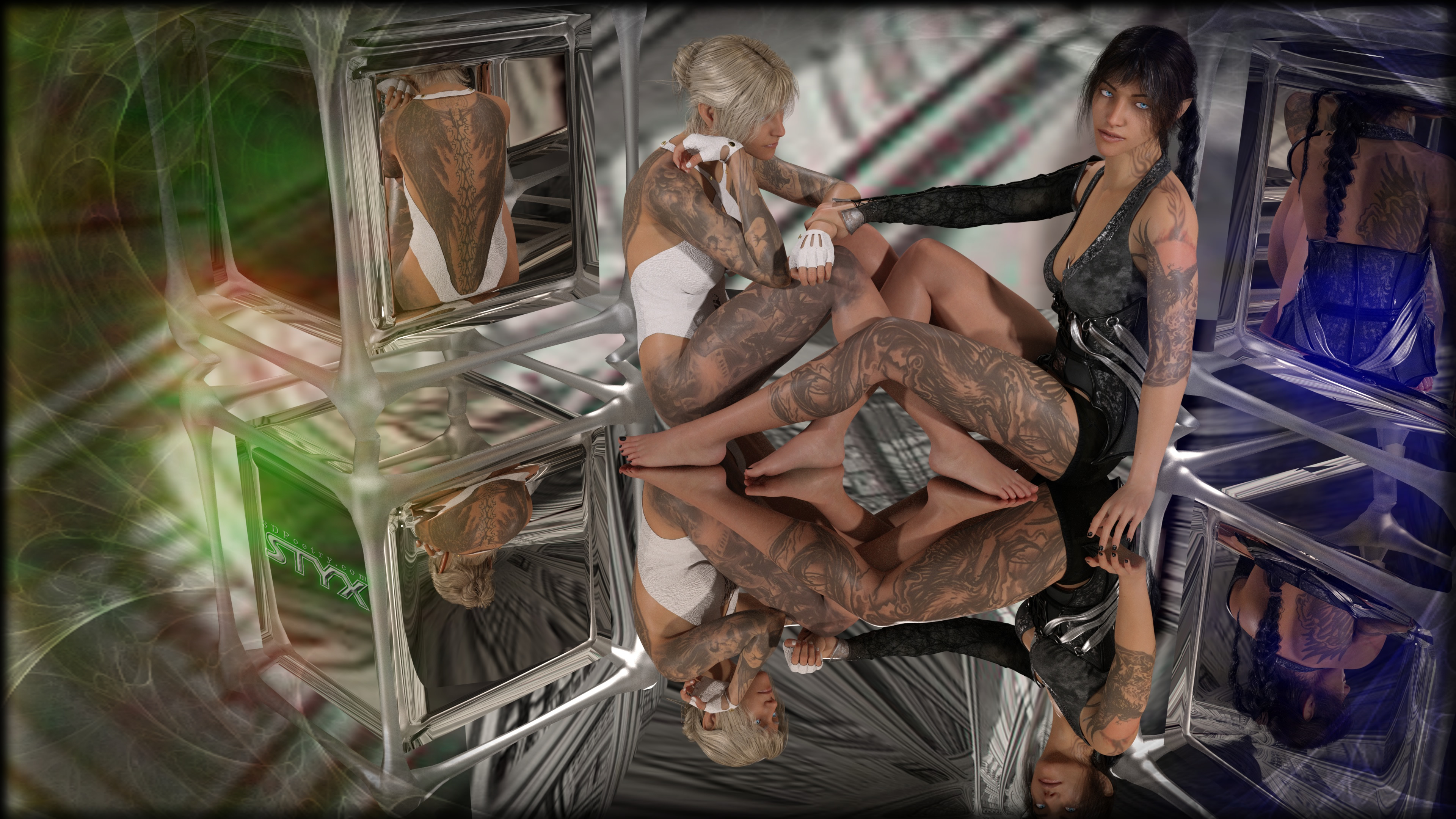 Working with tats and skins. Styx has reunited with Aethel in an attempt to improve their skills