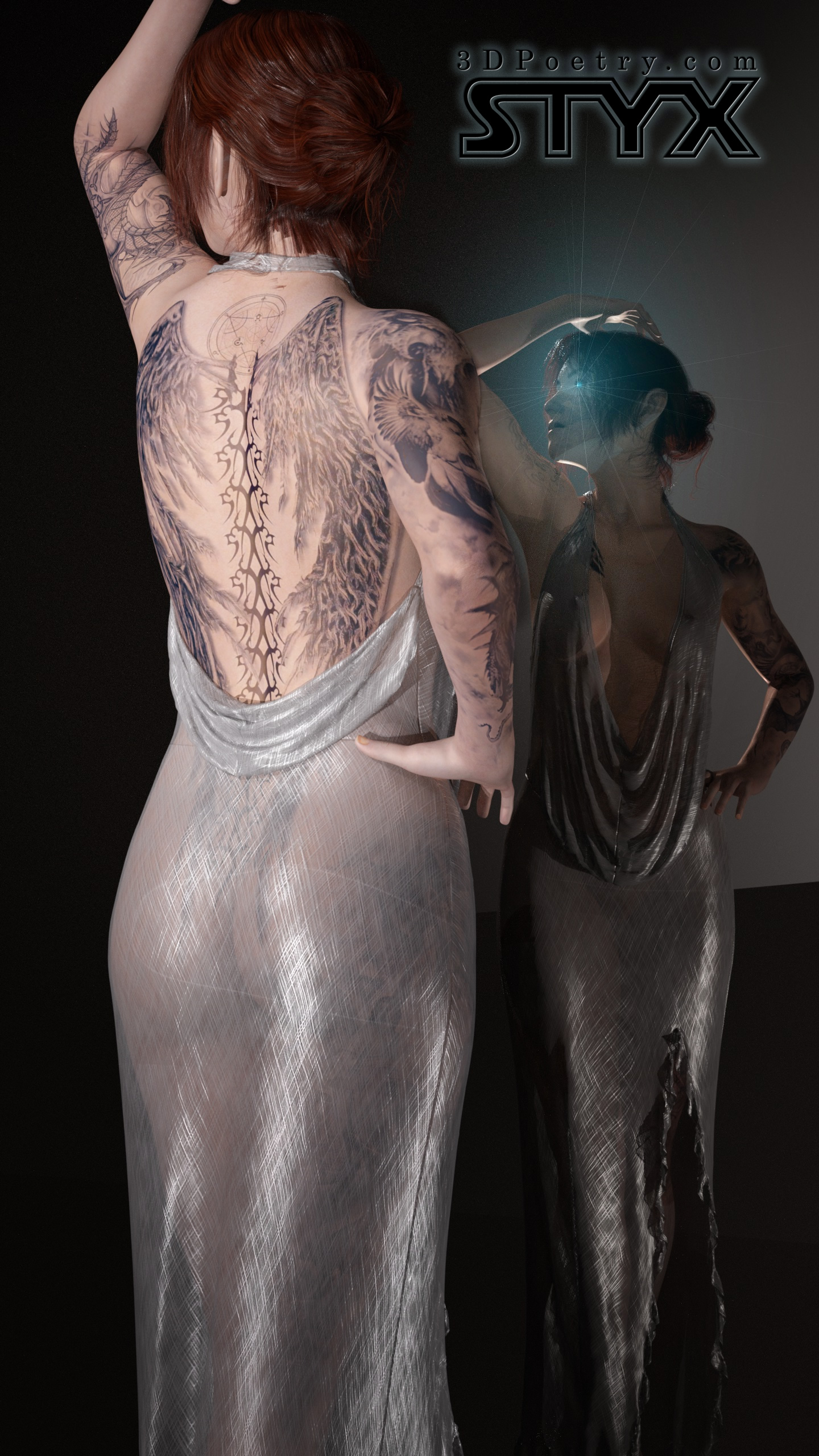 At the age of 33 Styx gets another tattoo, nah just kidding, she got a new dress